The Callaway golf 2018 women’s rogue driver is not similar to a normally used regular driver. This is quite different from the usual ones. Generation leading technologies have been implemented on it. Aren’t you curious to know about it? Fill your thirst from our Callaway womens driver reviews.

The Callaway rogue driver is one of the best drivers in the market. Several features will help the women to hold the drive comfortably. The handle grip of this equipment is designed according to the structure of your palm. The developers edited this little thing with some upgraded features that will blow your mind. 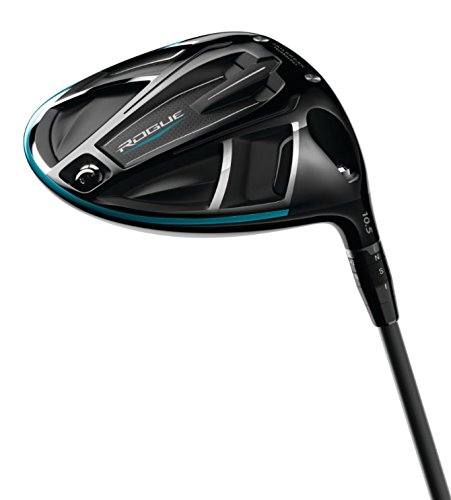 From the day of release till now, this product is the talk of the topic of the ladies golfers. Several features will help women to play nice shots. Any woman can now generate the extraordinary speed of the ball with this driver due to its jailbreak effect. Now, let’s have a glimpse of the other features.

The construction materials play a vital role while we are talking about women’s golf driver. Callaway has used tri-axial carbon for wrapping the surface of it like a crown shape. Carbon ensures outstanding stability compared to other construction materials. Carbon is thin and light-weight but quite hard to break. It can also endure external strikes better than any other object. This is why carbon has been used.

The club head is redesigned like a crown shape with carbon oriented surface. The carbon surface is light in weight which equally distributes the load along the perimeter of the club head. As a result, it enables the ladies golfers to shot a long, straight shot even if the shot hits off-center.

The proper weight distribution highly develops forgiveness. This is quite necessary for female players. This is why the MOI shape is very helpful for the ladies’ golfers.

This is one of the most cherished up-gradation of this driver. To save much more weight, the internal titanium bars have been developed into the shape of an hourglass. The crown shape is much more connected with the sole due to the hourglass bars.

Female golfers can now hit the shot with the clubface with much more swinging speed without excessive physical effort. This is only possible because of the titanium bars. It transfers the concentrated load of the club head elsewhere for more forgiveness.

Variable face technology is one of the most efficient features for women golfers. Callaway has made this version quite lighter around the perimeter of the face side and remarkably lighter in the middle. This feature will help you to prove your ideal performance no matter where the ball touches the face.

Also, the X-shape pattern increases the chances for the golfers to hit the sweet spot of the driver. Thus it becomes the most forgiving driver for lady golfers.

The speed step’s technology has been developed and remodeled with the effort of both Callaway and Boeing. They have used this tech in their previous models. The clubs leading edge geometry has been redesigned to increase efficiency. It enables better airflow and higher head speed.

There are 4 available types of stock shafts while we are talking about Callaway. Among these stock shafts, the Aldila Quaranta shaft is the lightest one. It is only about 40g. If you don’t like this shaft, then you can easily switch the shafts. The heaviest one is the project X hzrdus that is only 70g.

The size of the head on the Callaway rogue driver is 460cc. The surface is covered with carbon coverage. To let the women produce a sufficient amount of speed, the head is designed in a crown shape. This crown shape can easily cut through the air to hit the shot and deliver longer distance.

The 460cc is the ideal size for the head of a driver. This is not so big and not so small. Women are going to love it for its ergonomic service with less effort.

The necessity of 40g Graphite Shaft

It enables ultra-lightweight to improve performance. NexGen Micro Laminate Technology known as MLT has been used to implement the highest level of performance in the graphite shaft. If you want to deliver your best shot, there is no alternative to the rogue driver.

Placement of the Material & Structure

This is the section where we will discuss the importance of the structure and combination of the materials that are used. Almost all the female golfers look for the drivers capable of generating ideal flex and torque. To full fill their demand, the developers have examined the structure and the materials of this driver from time to time.

Finally, they have been able to optimize the structure and the materials to offer these characteristics. Ladies can simply rely on this driver.

If you read the upper section clearly, then you will have already learned about the features of the Callaway rogue women’s driver. These features make our product the leading driver in the market. Now, we will overview this driver at a glance,

After reviewing all the features and characteristics, the Callaway golf 2018 rogue women’s driver is the perfect driver for women’s. This product is quite light in weight, the shaft is made of graphite inner, the club surface is covered with carbon wrapping, and also the versatile face technology helps to hit the sweet spot of the face.

All these features are developed only for the benefits of the ladies golfers. If you are looking for the best one, then we can assure you that you have come to the right spot. Just read our article, it will cleanse your mind. You will find all your questions answer.