From the last few years, Callaway releases several drivers to the golfers. One of the famous drivers of Callaway is X Hot driver. These Callaway X Hot Driver reviews are very vital for you to improve your golfing experience.

Moreover, Callaway says that this is the hottest driver, and most of the golfers like this driver. It helps the players to maintain the distance and hit the ball. Also, it supports the golfer to improve the driving range and the perfect swing.

After following some tips, one can hit the ball far away more than before. Therefore, read the content below to know about this significant newest club. 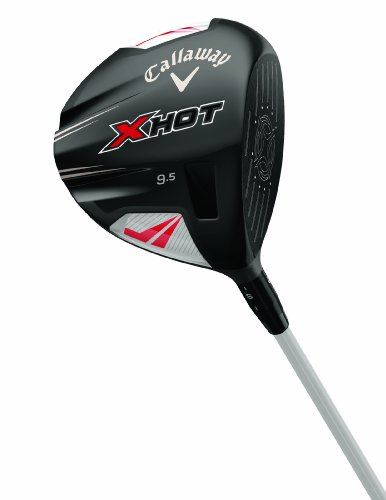 Callaway wants to introduce the extensive Iron driver to the golfers. Also, they present the deep cavity to accomplish the higher speed of the ball. Most importantly, this significant iron is a little heavy. The head of this club is more massive than an ordinary club.

Also, it offers a high trajectory but a low gravity center. Moreover, the intention of using this technology is to feel energetic and play better than before. Remember that this club is massive than regular clubs. As a result, several players may need enough time to use it.

But once if they learn to play with it, then this club will deliver the best hit ever. Also, they can learn with management technology. It makes the learning process easier and earlier. Many golfers use this technology and get the best result soon.

Lastly, the driver of Callaway is famous for the energetic hit and high distance. Also, they decide to include the latest technology. For example, they want to add the speedy frame feature into the irons. That will make it more energetic and increase the ability to play.

There was a research on the driver aesthetics before few years. And the concept was covered by the black crown. After launching the white drivers, all the thoughts become change. Nowadays, many companies are changing the driver’s look boldly.

Also, they introduce several colors of the drivers to the golfers. Moreover, the appearance of “X Hot” is matte grey. The exciting part of an X Hot driver is, it has no mark on the upper side of the club.

But it has a smooth and straightforward look that sets the backside of the ball. Also, this drive has several graphics. Mainly they design the corner of the driver with these significant graphics.

That is why all the drivers’ looks are different. At the same time, the driver has a bright black color with red and white shades. Also, the clubface is black, and the features have a stylish ‘X’ that indicate a sweet mark on the club.

Most of the drivers offer the players to squeeze face angle and loft. But the adjustability feature of X Hot makes this driver more effective. Also, it helps one to be an excellent driver. Moreover, the fade and draw options are obtainable on the driver of X Hot, PING G410, and Titleist TS3.

These features are mostly accessible on Wilson Cortex, Sub70 839D, and Speed Back of Cobra F9. Finally, one can select 0811X GEN2 of PXG and M5 of TaylorMade to obtain the world’s best driver. These also present front to the backward system and fade and draw positions.

The shaft is an essential part of the driver. It is necessary for the DIY method. If you want to fit the club differently, then it can be the best option. Generally, it offers the span with different substantial weight and shaft like high, low, and mid options.

These are the things that create a vast difference between the usual club. Competition among Forgiveness, Distance and The Correction of Shot Shape. Most of the companies have the forging story of fast AND. Also, several companies try to assault a proper balance to set the brand individuality.

But the speed limit of the pushing ball frequently arrives at the expenditure of MOI. Also, the advantage of forgiveness is to increase the speed level as well as the spin. Moreover, the speed and forgiveness differ man to man.

You have to decide the speed level against the amount of forgiveness that you need. Most importantly, the weight has to move toward the heel to build one draw bias. Mainly, it indicates to pull the total pressure at the end of one’s club. Frequently, the result of draw bias becomes lower MOI.

As a golfer, you want to perform better and better. Indeed, for a golfer, a club presents countless values. It offers to use it as much as you can. But it does not mean to misuse. Also, the value condition of most of the club is 100%.

That means they have the full playability. Moreover, this can be the best choice for a player to search for the best one. The target of this company is to create a feature of maintaining distance.

This year they are working on it. Also, they make the “X Team” for the long strikers. However, novice players need time to hit the ball accurately.

In conclusion, all the drivers are fantastic. If one wants the higher speed and cover the more distance, then these are the excellent choice. Mainly the driver X Hot works to the better performance of the player.

Besides, the players get the feature of distance controlling, forgiveness as well as the shaft. Also, the entire set of this club can easily take space in the player’s bag.

As a result, it is more comfortable to carry. Therefore, to increase your speed level and distance go for this X Hot drive. Hopefully, this will not disappoint one.