If you’re a budget-conscious golfer, this Cobra Max Offset Driver Review will help you in various ways. Apart from being budget-friendly, the driver reduces the slice and produces straight and longer tee shots.

Likewise, this is also the right club for the golfers who are looking for the best forgiveness. The driver also returns the optimum value with a non-adjustable design.

So, adding this driver to your bag is extremely handy if you’re a learner or in a struggle with your slice that indicates you want the perfect club to improve your golfing experience.

Cobra Max Offset Driver Review All You Need To Know 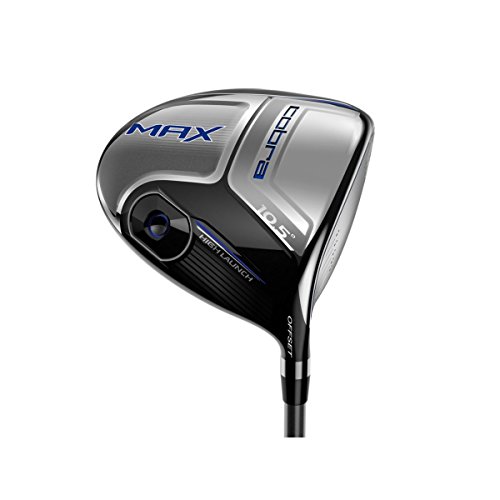 Now, let’s know an in-depth review of the Cobra Max Offset Driver that will help you to decide it.

The Max driver’s choke comes with lots of features that make striking from its tee simple for every player. Indeed, it’s mainly for the handicappers from mid to high who search for all the assistance they need.

When we talk about its club head, it large enough, and you’ll rapidly notice the amount of space you get to make contact with your golf ball. Knowing there are lots of flat areas to get the ball flying far off the right track when you need confidence.

The driver has designed to help players are fighting a slice that happens with about 90% of the total number of golfers. The offset hosel of this driver is the greatest way to help you where the clubface at the back the shaft just about a single centimeter.

When it comes to the address, it looks a bit awkward, but its results will amaze you. Its offset hosel provides the driver an excellent draw bias that helps the club’s square quicker than a typical driver.

So, as it doesn’t take more time to see the slice diminish, your drives are going straighter and more prolonged.

Indeed, loads of drivers are out there on the market with game perfection features. But, this Max Driver comes with the technology to back the club up. The first thing to note that technology evolves its speed channel.

It’s a skinny trench that covers around the clubface’s perimeter. With quicker flexing that releases energy, the trench improves the trampoline effects. Thus, it’s beneficial for reaching the highest distance even if you make an off-center hit.

Another good thing about its applied technology is the Zone Weighting, which is much vital for a less spin and high launch. It’s because of the way of conveying the midpoint of gravity as low as back.

With its light crown, it allows the producer to shift load to the bottom as well as the end of its head. As a result, it brings you the ideal mix of carrying with roll whenever you get it to tee up.

The distance result of the Max Driver is very solid with heaps of carrying as it notably reliable yardages even not from authentic hits. Indeed, many irons out there are likely to be longer.

But, you’ll not feel that the capabilities of the distance of this driver should be an issue for the majority of golfers. It’s especially suitable for the players that are more worried about reliability and accuracy in the turf.

Besides, the overall forgiveness of the drive is better than many typical drivers. It’s comparatively what you estimated known the “super” match-development classification with the higher quality of the famous Cobra brand.

Above all, this driver’s iron design and technology look to talk well to far off preservation. From mild to modest mishits, this is typically maintaining an excellent ball speed that sometimes goes nearly in so far as pure strikes.

Although the Max Offset looks a bit traditional, it has excellent and max game-improvement iron. Its top line has made suitably thick with quite substantial offsets and single-width that’s very reasonable. Without emerging too chunky, it motivates lots of confidence at its address.

When you touch above the driver, you’ll notice that its cavity-backed design varies in the shorter irons longer irons of the high-loft solid wedges. Because of its aesthetic design, you’ll feel it in conditions of colors and lines for your taste.

In the department of sound and feel, the Max Offset does a decent job in general. It’s true to several remarks have made about them by users. But, they feel a deal with the weighty side with the shaft of stock steel.

However, it didn’t show any significant issues due to its actual performance and functionality in most cases. And indeed, it has prepared for some additional consistency through the ball.

While making solid strikes with its iron, it makes a pleasing “pop” at contact. Besides, its mishits feel reasonably mild, and comment is sufficient for shaping.

The Max Offset is lightweight. Because of that, its club makes a beautiful sound. If you’re a medium swing speed golfer with 20s cap, this club is amazingly helpful. Its strong draw bias is a thing to take your consideration.

But, if your slice is smaller, we recommend possible straight and longer tee shots. This is an incredible club that most of the users recommend it for the players need an additional 20-30 yards.

How To Choose The Best Driver

The tee box’s ugly slice is the worse issue that most handicappers go through while playing golf. The below-considering factors will help you to find out the suitable driver for you.

As the golfers want a clear, sightline to their golf balls for better alignment, the driver’s design is also significantly important. While aligning your golf ball aiming to the anticipated target, the innovative draw-biased drivers with the offset face give you more perspective.

Because of having offset, you’ll get more height as well as the distance on your drives. It’s especially useful when you have an issue with a slice that you usually hit the tee off.

Hearing that golfers are talking about a club’s forgiveness means they’re indeed mentioning to the adjustments of the driver. It’s an essential factor when the ball hits the face-off center. Maybe the ball floats with impact to the toe.

So, the face reduces the punishment of this mishit by dipping side spin when it transfers force to the ball. Indeed, the forgiveness of the driver is essential because it helps with the initiating angle and brings a drive.

Despite some nominal cons, the Cobra Max Driver would be the perfect choice and player-friendly for most types of golfers. It’s especially great for the players that need help to get the ball to play the tee.

That means this driver is not just accessible for the mid to higher handicapper; it’s also available at a reasonable price. So, someone is under pressure with the driver; it’s an excellent solution for them.